In this online webshop for FACAD, you can buy a subscription for using Facad during a limited period.

In this webshop you will find the most competitive prices for Facad, however there are some limitations regarding functionality and support which are described in the terms and conditions below.

Note! We will require proof of claiming to be a student, in form of a scanned or photographed student ID or other admission papers. 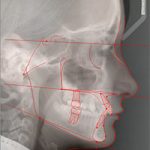 The product Facad WS subscription is limited to 1 fixed user license and contains the same functionality as the Facad Tracing Only version, except for FCD-WS-Full-360 which is the Facad Full version. 1 fixed user license is valid for one specific computer (PC) and is suitable for a stand-alone workstation, or a single laptop installation.

Software updates to new versions are included during the subscription period.

Licensing and activation of the software installation is included. No other technical support is included.

No training is included, we recommend using the User’s Manuals that is found in several languages within the software.

The Facad software is developed by Ilexis AB, a company incorporated in Sweden.

The Facad software may not be copied, nor may it be installed on any other computer environments than those agreed upon with Ilexis AB.

Ilexis AB takes no responsibility for possible incorrect treatment of patients whose treatment was planned when using the Facad software.

The Facad software is purchased in Sweden, hence the product is governed and construed in accordance with Swedish law, thus Ilexis AB will not be held responsible under other countries’ laws and regulations.

If you are a registered user, you can log in and see your purchase history. You don’t have to login to purchase Facad.

Number of items in cart: 0